Although the festival was a prestigious Pulitzer Centennial event with scenes from A Streetcar Named Desire, one of his Pulitzer Prize winners, being performed several times, student actors also offered a kaleidoscope of performances from other dramas. 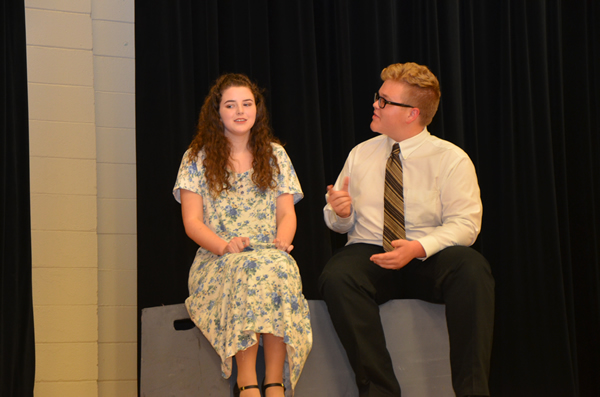 Winning first place in the scene from THE GLASS MENAGERIE, are students from Oak Grove High School. 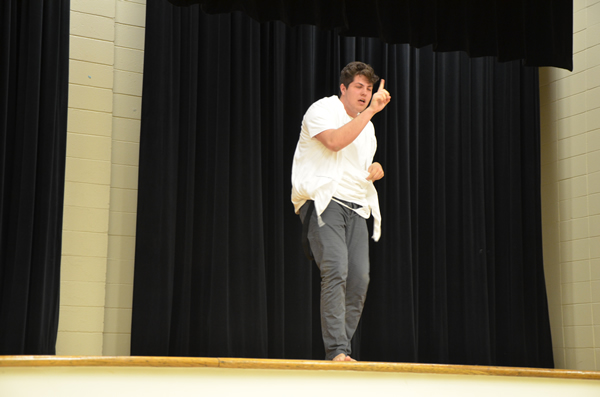 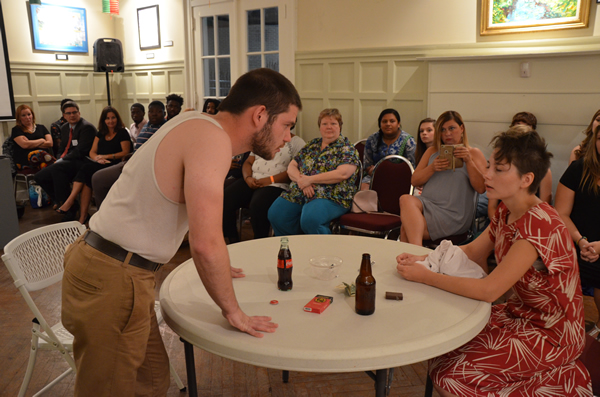 Surrounded by guests attending the festival’s Grande Reception, Elizabeth Thompson as Stella and Drew McCubbin as Stanley perform a scene from A STREETCAR NAMED DESIRE in the Cutrer Mansion’s drawing room