Was this not a most remarkable event?

From the exuberance of bright young actors exploding on stage in the Georgia Lewis Theatre to the smooth-edge of professionals unfolding the amazing characters Tennessee Williams created for the world, Clarksdale’s 23rd Williams Festival was a great artistic feast to savor through the Delta’s long winter nights.

Waiting in the wings were filmmaker Karen Kohlhaas with extraordinary footage documenting the Delta’s immense influence on America’s great playwright followed by acclaimed biographer John Lahr who marched to a different drummer while expanding the glory due Tennessee Williams.

Inside the Cutrer Mansion, the Grande Reception evidenced anyone ever doubting the Delta’s innate  ability to recreate magic. With multi-colored paper lanterns festooning the drawing room ceiling, more than 100 guests lined every square inch and became part of the play anchored by Charlie Estess as Tom Wingfield’s absent father.

Magic happened and an unforgettable performance of The Glass Menagerie unfolded via Matt Foss and his Vandal Theatre Lab from the University of Idaho.

Igniting the flame once more as living proof that Tennessee Williams is alive and doing very well in Mississippi were 100 young actors from high schools across Mississippi competing in Saturday’s elite drama competition.

The Williams Festival was especially fortunate to have an amazing troupe of volunteers and patrons this year. It showed, and Clarksdale sparkled. 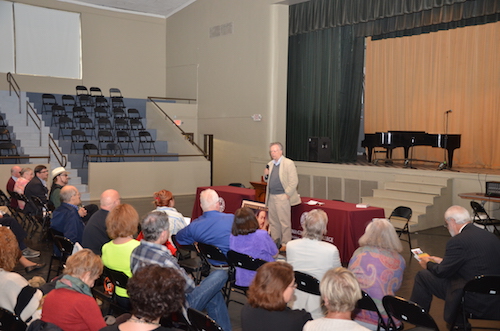 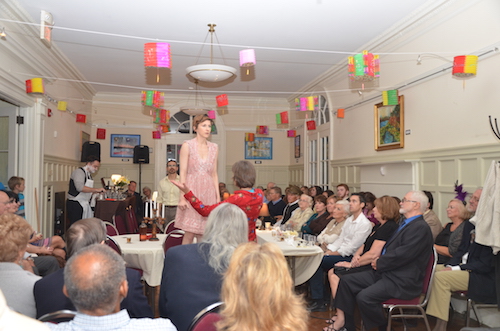 Grande Reception guests inside the Cutrer Mansion become part of The Glass Menagerie cast performed by the Vandel Theatre Lab.